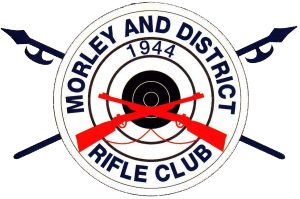 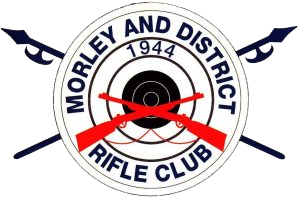 The Club was formed in 1944 at the instigation of the Home Office by the Morley and District Home Guard, and had use of the range at the Territorial Army Barracks in Ackroyd Street Morley until 1965, when the range at Bruntcliffe Road was then built. All the labour to build the range was provided by the members, a tradition which has carried on with the holding of ‘working parties’ to maintain the range, when all members were asked to lend a hand with the work involved.

The Club is affiliated to the National Small Bore Rifle Association (NSRA), which is the governing body for rifle and pistol shooters in Great Britain. The NSRA also run the two National shoots every year, one is held in Scotland during a week in June or July and the main National shoot is held at Bisley in Surrey during a week in August. Competitors have to be reasonably experienced to take part in these events and shoot against others who are of a similar standard. This standard is determined by using average scores.

The Morley club does not have an outdoor range so we use the facilities of the Leeds Associations outdoor range at Knostrope, where it is possible to shoot at 25,50 and 100 yards as well as 50 metres. You can also shoot ‘3 positional’ i.e. standing, kneeling and prone, on this range.

Over the years Morley has won many honours. N E Smith won the British Junior Champion in Selkirk in 1968, Mr R Shipman was the Team Captain of England in Blair Athol in 1971,and has also shot for the England Team on two further occasions. We have also had two England Ladies Team Captains: Mrs J Schofield in 1977 and Mrs P Crabtree in 1988. Alex Stewart was England reserve in 1993 and 4, and Janet Howden a member of the Great Britain National Squad since 1991, representing both England and Great Britain abroad on a number of occasions, as well as setting a new British record in 1993 of 592 x600 for a lady shooting a English Match under UIT rules and again setting a new British Record as well equalling the World Record in 1999 with 597 x600. Other Honours for Janet have been winning a number of Medals internationally for Great Britain and England. She has also been English Champion three times and Great Britain Champion three times as well as been ranked in the top three lady shooters for Great Britain. She retired from internaltional shooting in 2005. We have had many members in the Yorkshire County Teams over the years and we still have representatives in those teams today, John Aubrey was a member of the team that won the County Shields at both Scotland and Bisley in 1997, he also won the Yorkshire Championship and County medal the same year.

The Club has many trophies that are shot for annually, such as the Ketton, Tyro, Popplewell, Wilken, Gledhill, Buckley, Whiteley, Borthwick, Howarth and the Club Championship Trophy. Members have given these trophies to the club over the years.

The Club was a registered as a charity until 1995 and as such, if the club is wound up, all its funds and assets would be distributed to three nominated charities, these are The Spastics Society, St Dunstan’s for the War Blinded and The National Life Boat Association.

The Club is run by a number of Officials these are the President, Chairman, Treasurer, Secretary, Match Secretary and a Committee of seven members. A committee meeting is held on the first Friday of every month and if you have anything that you would like raised at the meetings you can ask a committee member to raise the matter on your behalf. The minutes are available for any member to read, just ask the secretary.

Every year an Annual General meeting is held, normally in February, and all members are invited to attend. This is when new Officials and Committee members are elected, the membership fees for the following year are set and winners of the club’s annual competitions are presented with the trophies. A variety of other matters may also be discussed.

You will see that around the Clubroom there are a number of notice boards. Please ensure you read them regularly, as information about competitions, changes in law, changes in Club policy, contact names and numbers for Officials and Committee Members and forthcoming events etc are all posted on these boards.

If you require any further information please contact the Secretary or any other Official or Committee member.

Menu
This site uses cookies to improve your experience, find out more here.